A long series about kinky lesbians!

Haha this thing got WAY out of hand! 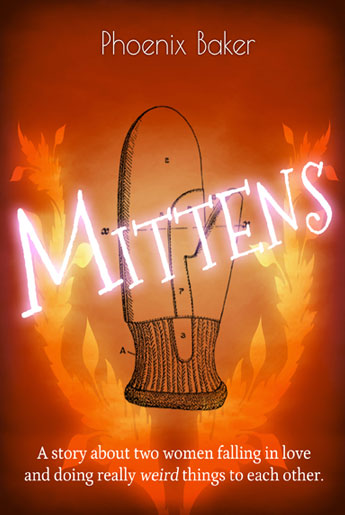 Free on Amazon | Free on Smashwords

In "Mittens," Samantha and Nina, best friends for a long time, finally get up the nerve to act on their long-term mutual crush. Yeah, heard that one, I know, but the wrinkle in this is that Samantha's a mad scientist. You tell a mad scientist you get off on fear, and that mad scientist is really into the idea of getting you off, shit's gonna get interesting quick. Samantha knows absolutely nothing about BDSM but she does know all about high-voltage high-frequency power supplies, and she's got some interesting ideas about novel forms of restraint too. Nina just has to try to keep Samantha on course, because although she might be a genius she's also scatterbrained as all hell. Furthermore, poor oblivious Samantha thinks that Nina's already confessed her naughtiest secret, and Nina knows this, so she's just gonna keep that whole watersports-kink thing under wraps until she can think of a way to casually bring it up in conversation.

"How's the weather gonna be today, Sam? Oh, rainy is it? You ever noticed how rain is like pee?" Something like that. She'll figure it out.

I love these two! I've been writing them since 2013 and I keep coming back to them. They've got so much to say to each other, and the way they express kink is delightful to write. Mittens won a Literotica Reader's Choice award the year it went online, which (along with lots of lovely comments) gave me the confidence boost I needed to knuckle down on the sequels.

Free on Amazon | Free on Smashwords 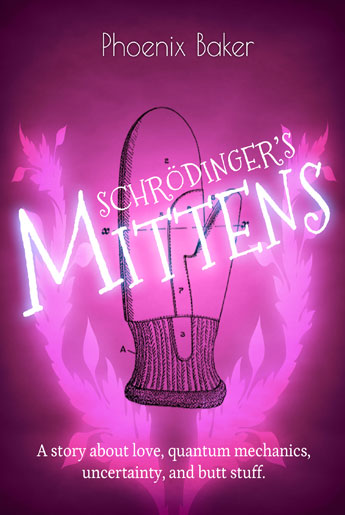 And here's where it gets a bit wibbly, because Schrödinger's Mittens is Mittens Part 2, and it's a short-story sequel to a novella-length porno - High Voltage Mittens was supposed to be part two, but when I got halfway through High Voltage Mittens I realised I'd jumped forwards in their relationship and missed so much good stuff you guys. I couldn't just leap forward in time to High Voltage Mittens and skip over the early days of Sam and Nina's relationship, that wouldn't be fair to anyone. So Schrödinger's Mittens is a short story about the uncertainty principle and butt stuff. It really should've been called Heisenberg's Mittens, but Breaking Bad was on TV at the time and I didn't want people thinking about a smelly meth dealer while trying to wank.

Did I mention there's butt stuff? 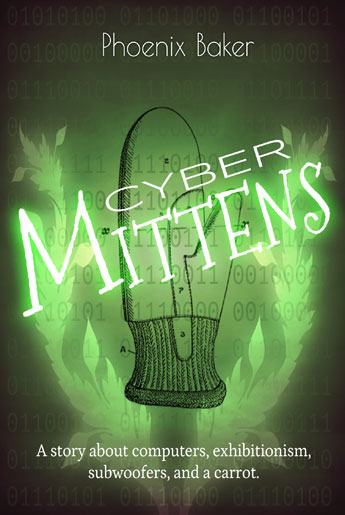 One more short story interval before the first full-length sequel. That's the nice thing about self-publishing, you only have to follow the rules that readers think are important, not publishers - going long-short-short-long works okay when the story suits it, but that'd never fly with a dead-tree press. Anyway, Cyber Mittens is about cybersex, public humiliation, and a carrot.

I guess we should probably talk about the watersports at some point. There's still no watersports in this book, and for a series called "Mittens" there's kind of a lack of mittens in the story, and this is because I firmly believe that ramping up anticipation is a damn good way to get people's motors running.

It's not because I'm having so much fun writing this series that I don't want it to end, honest. 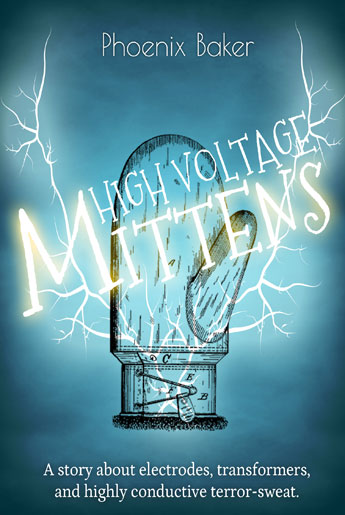 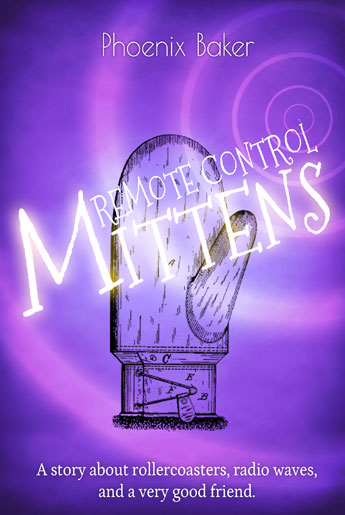 Keeps getting wibblier too. This is the third Mittens short story, the fifth published Mittens book, the fourth in the chronology, and the second half of this book is the first entry in an alternate-universe fanfic. Got it? No? Cool, Nina and Sam go off and ride rollercoasters while Nina's wearing a remote control vibe, and by happenstance a friend of theirs is in the park at the same time waiting for her date who was gonna do the same thing, also wearing a remote-controlled vibe, and they're on the same frequency. It's a comedy of errors. Like those old British sitcoms they'd show on NPR, but perverted. 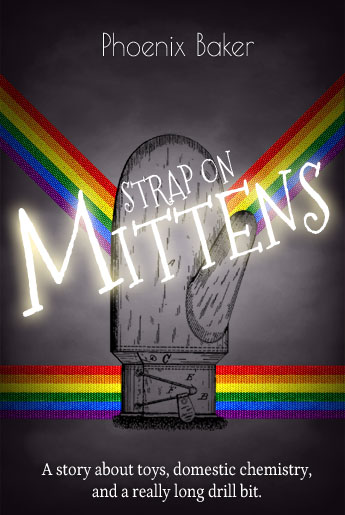 Three guesses as to what this one's about.

$0.99 on Amazon | $0.99 on Smashwords
Nobody will ever read the privacy policy except for people who noticed that the site doesn't take half a fucking minute to load