So here's my thing about titles.

I start a story, and I think "I'll come up with a title later," but that's not the way computers work - you can't just call it unnamedstory.txt and toss it into a folder along with ten other things also called unnamedstory.txt, computers don't like that and neither does my sanity. The computer indignantly demands a name for this thing that you've barely started and are only saving because there's a thunderstorm on its way, because computers suck. So, this story started life as foxbutt.txt. Later on, when I started asking friends for a good name for the story, some great names were suggested.

But it was too late.

In my head, the story was called Foxbutt. 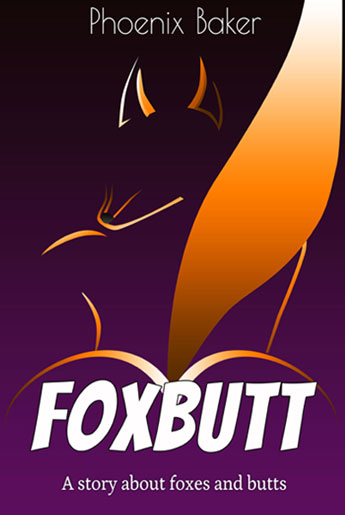 Foxbutt is about a guy who is a fox. His name is Thomas, and he's always been a fox, but never noticed until today. His parents know he's a fox - his dad's one too - but they never told him, because they didn't want to worry him.

Thomas works at a game store, and if this had happened on any other day he would have just called in sick - but today is the biggest new release the world has ever known, the store is understaffed, he's gonna be late for work because his dick is so weird he can't figure out how to pee through it, and his coworker Lily is trying to ask him out on a date.

It's all a bit much for our boy Thomas, but I'm sure he'll get through it somehow.

"Foxbutt" is 25,000 words of slow, gentle, considerate teasing, building up tension until you just can't help it anymore and you've just gotta bite those fluffy ears. 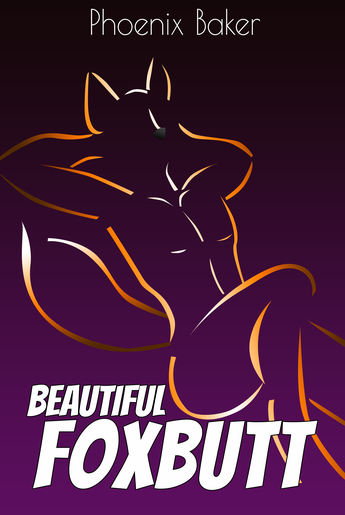 In "Beautiful Foxbutt," Tom and Lily want answers. They also want to pounce each other a whole bunch, but heck, they've got time, why not both. Of course, they've also got a lot of emotional stuff to talk through - they can probably squeeze that in somewhere too. Oh, and they've gotta eat. And Lily has a job interview. And dinner with Tom's parents in the evening.

Maybe they can talk in the car?

The inspiration for this story series happened shortly after I ditched Twitter and Facebook and joined Mastodon, and shortly afterwards became aware of the broader Fediverse to which Mastodon is one small part. It felt at once like coming home and like discovering something new and alive and vibrant; it reminded me of the old internet, before everything got centralized around a cluster of big sites. I made my Mastodon account, pointed my Twitter followers to it, and almost immediately got inundated with furries.

And they were all having a wonderful time and were extremely friendly and colourful and I thought well heck, maybe I can write something for these lovely people. So here it is.

It's also a very sweet and gentle story about a guy who's been thrust into a life-changing transformation with the worst possible timing, and how he deals with that in an authentic, emotionally-literate way. I'm right on the border between generation X and millennial so I'm not what you'd call "old" exactly, but a lot of people on the Fediverse are in their twenties - and in talking to them I see a generation far more aware of their mental and emotional health, less taken in by advertising, more willing to help those in need, less tolerant of injustice and more comfortable with their authentic selves. I don't know whether that's a result of being on the Fediverse instead of on big corporate-run social media sites, or whether the next generation really does shine so much brighter than the one that came before. Either way, I wanted to write a story about a couple who are very in tune with the idea of self-care and willing to pay very close attention to their emotional needs, and also willing to interrogate and discard old ideas that have been holding us back, such as my own generation's concept of masculinity.

I wanted very much with this story to focus on Thomas' emotions especially, and how he expresses them - I wanted to write a male character who acts like a real man. And I don't mean "real man" in the bullshit insecure performative way an action movie or a truck commercial might mean it - I mean "real" like the actual, non-fictional, real-world men in my life. Men who don't act the way that men act in fiction - men who laugh, men who are happy to be silly or sexy or sad and to be open about these feelings. Men who are comfortable just being men, and don't feel a need to dress up their masculinity in aggression or heirarchy.

On the Fediverse, and in the furry community especially, I've seen much more positive, authentic masculinity, many more young men rejecting the "traditional" trappings of so-called manhood hailed by traditional media as The Real Deal, and figuring out for themselves what it means to be a man.

And that's great, because it leads to guys who are aware, for example, that they have cute butts, and that people who are attracted to guys appreciate their butts, and it's okay - in fact more than okay, it's great - to present oneself in a way that flaunts a cute butt.

Good lord that's a meandering path to selling a book about a cute fox boy and his cute butt.